Fraeylemaborg is located on an estate of more than 23 hectares. The castle dates back more than seven centuries and received its current look at the end of the 18th century. The park, partly designed by G.A. Blum and L.P. Roodbaard, is laid out in the English landscape style. In this, remnants of the formal baroque design have been preserved, such as the characteristic centre axis. The cowshed stands on the forecourt, and now houses a restaurant. Opposite that is the coach house, which contains the museum shop and the exhibition spaces. In the orangery, you will find a light-hearted presentation about the development of the park from the Ice Age to the present day. There are 17th and 18th century sandstone garden ornaments in the park.

The castle was built in the middle ages as a ‘stone house’, a defensive dwelling, and grew into an impressive building housing influential residents. The last residents, the Thomassen à Thuessink van der Hoop van Slochteren family, sold the castle to the Gerrit van Houten Foundation in 1972. Following its restoration, Fraeylemaborg became a museum. The rooms reflect the character of the age in which the home was last privately occupied, the middle of the 20th century. The Large Hall (Grote Zaal) is used for concerts and receptions, while the Small Hall (Kleine Zaal) is used as a wedding room. 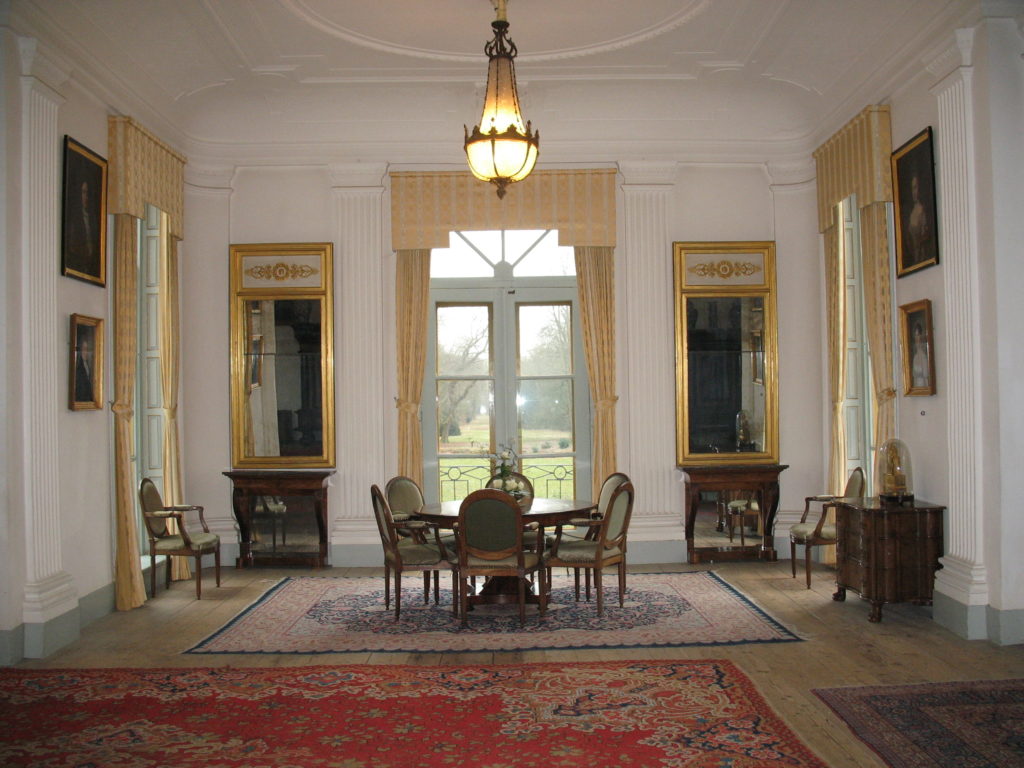 Over the centuries, the residents of Fraeylemaborg have extended and beautified the house. They did the same with the park surrounding the house. They planted exotic trees and imported unusual plants, and constructed the forecourt and park in different styles. The estate is now a cultural-historical unit, formed over five centuries, which is unique in the north of the Netherlands. It is also an impressive example of the English landscape style. The estate currently covers 23 hectares. Together with the Overbos, which lies to the north of the Hoofdweg, the sunken provincial highway and the harbour, it has an elongated shape. In the middle ages, the land in Slochteren was divided into elongated farms which were perpendicular to the access road (the Hoofdweg), making it impossible for the park to take any other shape. The surrounding landscape is open and the tall forest, visible from afar, indicates where Fraeylema lies.

The ten winning designs for the project ‘New Follies at Fraeylema and the heritage square in Slochteren’ are now established in their full glory! Follies are amusing, romantic structures that increase the enjoyment of an English landscape such as that at Fraeylemaborg. These modern follies have a similar goal, but it must also be possible to exhibit inside them. 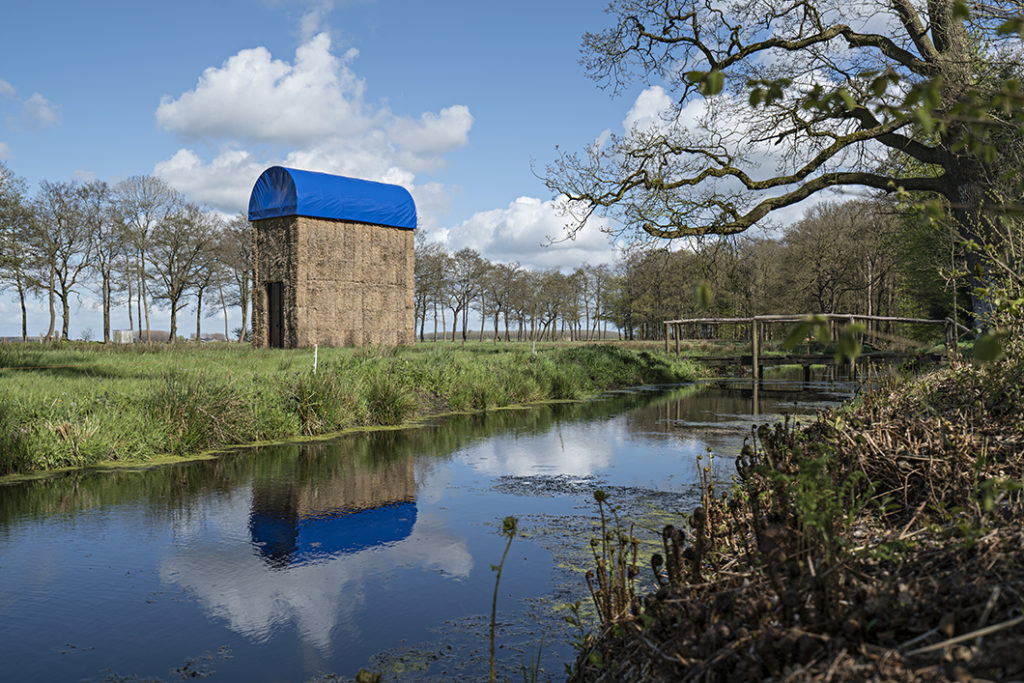 The interior of Fraeylemaborg shows as best as possible what life in such a grand house was like. Because Fraeylemaborg is the castle that remained inhabited the longest, until 1972, the style of the museum interior continues until around 1950. The other museum castles complement this beautifully. Verhildersum Castle shows the 19th century till about 1870, and Menkemaborg goes back further to the 18th century.

Fraeylemaborg was inhabited for centuries by families that each left their mark on the building and the interior. Among them were families bearing the names Fraeylema, Rengers, Piccardt, de Sandra Veldtman, Hora Sikkama and finally, Thomassen à Thuessink van der Hoop van Slochteren.

Origin of the inventory

The contents of Fraeylemaborg were auctioned in Amsterdam and Utrecht in 1971. Fortunately, a number of important pieces were secured thanks to the J.B. Scholten Fund. Since then, many paintings and items of furniture have also returned as purchases or on loan. Furthermore, there are now many beautiful pieces of furniture and paintings on the estate that belong to three foundations. The Gerrit van Houten Foundation owns Fraeylemaborg and manages a fascinating collection that forms the core of the Fraeylemaborg collection. There are also many beautiful pieces from the collections of the Jan Menze van Diepen Foundation, and the Van der Wyck-de Kempenaer Foundation. Finally, the Groninger Museum is also an important lender.

The living atmosphere at Fraeylemaborg has been revived as much as possible, room by room. The Library and the Blue Guest Room have been redecorated, after which the Dining Room, along with the Serving Room (Dienkamer), and the Morning Room (Daagsche Kamer) were given beautiful interiors. The aim was also to recover as many items as possible from the castle’s original inventory. The extensive photographic record of the inventory made in 1970 (directly prior to the auction) has been a source of inspiration for this. 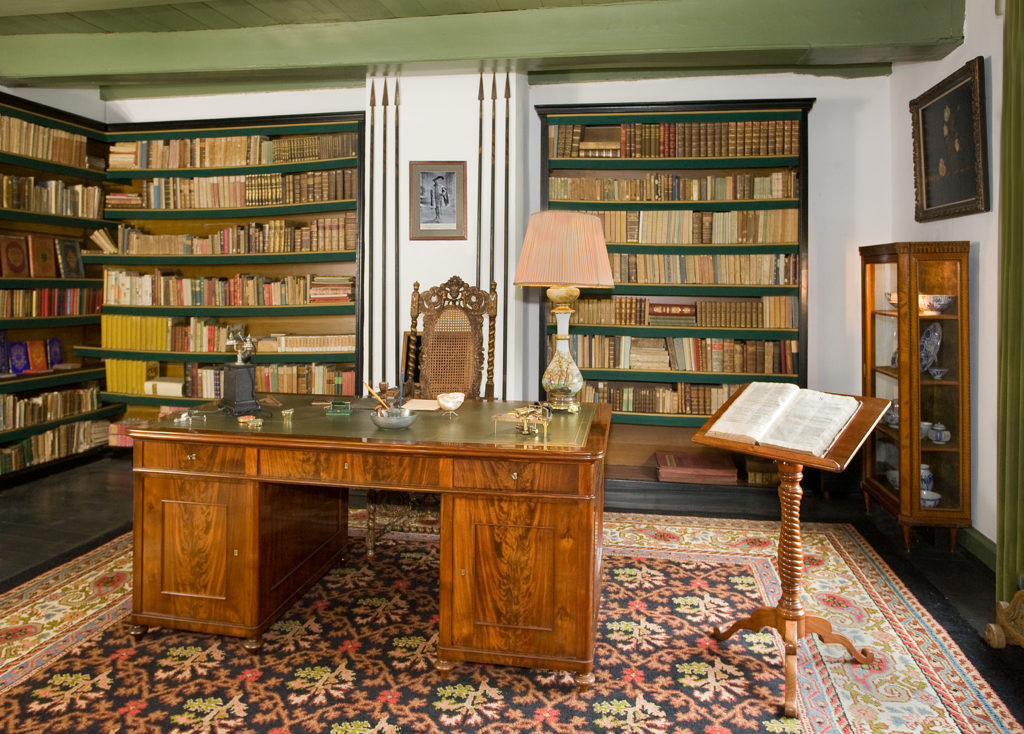 The Thomassen à Thuessink van der Hoop van Slochteren family lived among a mixture of centuries-old heirlooms and much younger acquisitions. You can still find this charming mixture of precious antiques and everyday personal objects at Fraeylemaborg. You will be able to imagine, then, what everyday life was like at Fraeylemaborg, both for the family and for the staff.